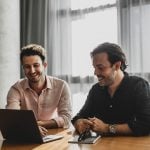 The Rise of the Warehouse Wedding

A challenger to the barn wedding—the reigning template for chic, relaxed celebrations—has emerged.

This article was originally published by Ashley Fetter in The Atlantic.

Amy Jones, a wedding planner in Connecticut, has seen the past decade of wedding trends play out both at work and in her own family. During what she describes as the most frenzied years of the “barn wedding” craze—the first half of the 2010s—she got married in a barn, and when her brother, seven years her junior, got married last year, his first choice of venue was a warehouse.

As the barn wedding graduates from quirky, rustic trend to mainstream venue choice, a new aesthetic is growing in popularity among marrying couples: the “industrial-chic” warehouse wedding. It’s like a barn wedding for city dwellers, with exposed brick and lofty ceilings, plus beams bedazzled with hanging greenery and/or naked Edison light bulbs.

According to survey data from the wedding-planning website the Knot, 14 percent of wedding receptions in 2018 took place at “historical buildings or homes”—many of which are old factories, warehouses, or other industrial spaces, according to Alyssa Longobucco, the site’s senior style editor; “urban lofts and rooftops” accounted for 3 percent. Longobucco told me that she’s seen an uptick in the popularity of warehouse weddings in the past two to three years, coinciding with a drop in the popularity of venues such as banquet halls and hotels, and considers it a trend that will only get trendier.

Warehouse weddings are in keeping with the two dominant forces shaping the aesthetics of 2010s weddings: personalization and casualization. The two trends combined to give us weekday weddings, friends as officiants, self-officiated ceremonies, “bridesmen” and “groom’s gals”—all departures from wedding traditions that have lasted generations. So as wedding ceremonies have become more casual, intimate expressions of their relationships, it makes sense that couples would ditch banquet halls and hotel ballrooms for something more offbeat that will let them signal what kind of people they are. To Amy Jones, a warehouse’s open floor plan and high ceilings create a sort of “blank canvas” such that couples can “walk into the space and sort of make it into their own.” Jones also points out that warehouses have far more places to hang lighting than a hotel ballroom, which is an additional bonus given that the Knot identifies dramatic lighting as one of the top wedding trends of 2020. (Jones, who owns a company called Amy Champagne Events, says she rarely plans a wedding these days that doesn’t have a lighting designer.)

Jones started to notice a rise in the use of industrial spaces as wedding venues about six years ago, and demand for them has existed longer in big cities than elsewhere. That’s probably because big cities simply tend to have more well-preserved old industrial spaces than rural or suburban environments do. Additionally, because the warehouse vibe has been a popular upscale interior-design aesthetic for some time now, those spaces are more likely to have been transformed into functional event spaces in recent years. Outside big cities, in other words, it can be much harder to have a wedding in a space that feels like an old, abandoned warehouse, because in many cases it is quite literally an old, abandoned warehouse, rather than a warehouse turned event space. “In some of these places you’d have to, like, ask them to turn the power on for you,” Longobucco said.

Indeed, when Jones was helping her brother scout locations for his wedding in 2018, they discovered that his first choice—an appealingly antiquated factory in Connecticut—was in fact so antiquated that it violated several building codes. “It would have been the coolest thing in the world,” she says, but ultimately, “you don’t want to spend your wedding budget on making sure the place isn’t going to catch on fire.”

The barn-wedding craze looked similar in its early days: According to Longobucco, when couples started wanting to have their weddings on a farm or in a barn, guests were in for encounters with some of the dirtier and less glamorous aspects of actual farm life, and many of the costs and duties of converting the existing structure into a suitable wedding venue would fall to the couple getting married. Today, farms all over the country now function as full-service wedding venues, offering amenities such as catering, bar options, and accommodations for guests, not to mention bathrooms that aren’t porta-potties.

Longobucco and Jones predict a similar evolution for warehouses. In some places, owners of warehouses and other industrial spaces have already started renovating. Chicago’s Morgan Manufacturing, for example, which opened in 2015, and Boston’s Warehouse XI, which opened in 2013 and expanded into a space that could house weddings and receptions in 2017, have both become popular wedding venues. And this isn’t just happening in big cities: Kaitlynn Lamie, a wedding planner in Lansing, told me that throughout the state of Michigan, “we’ve seen an uptick in both couples looking for this kind of space and the availability of industrial spaces [as wedding venues].”

Longobucco told me she could imagine a scenario in which the warehouse wedding becomes the new barn wedding, enjoying both high demand and high supply. Jones agreed, and added that guests who came to expect mason jars full of wildflowers after the past decade can probably expect to see crossbeams and cement floors in the next few years.

This article was originally published by Ashley Fetter in The Atlantic. 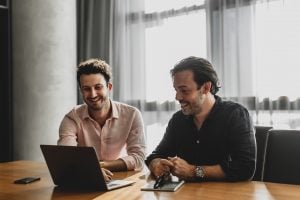 Brisbane SEO: Tips to choosing the right agency for your business 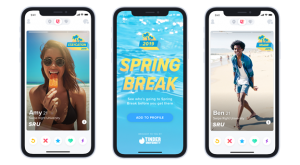 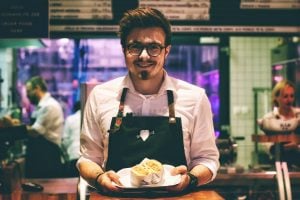 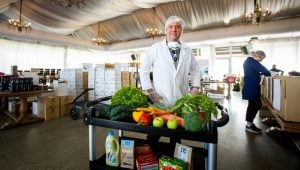 This Ecommerce Campaign Generated 1,400 Sales In The First Month

Please fill in your details below & our team will be in contact.